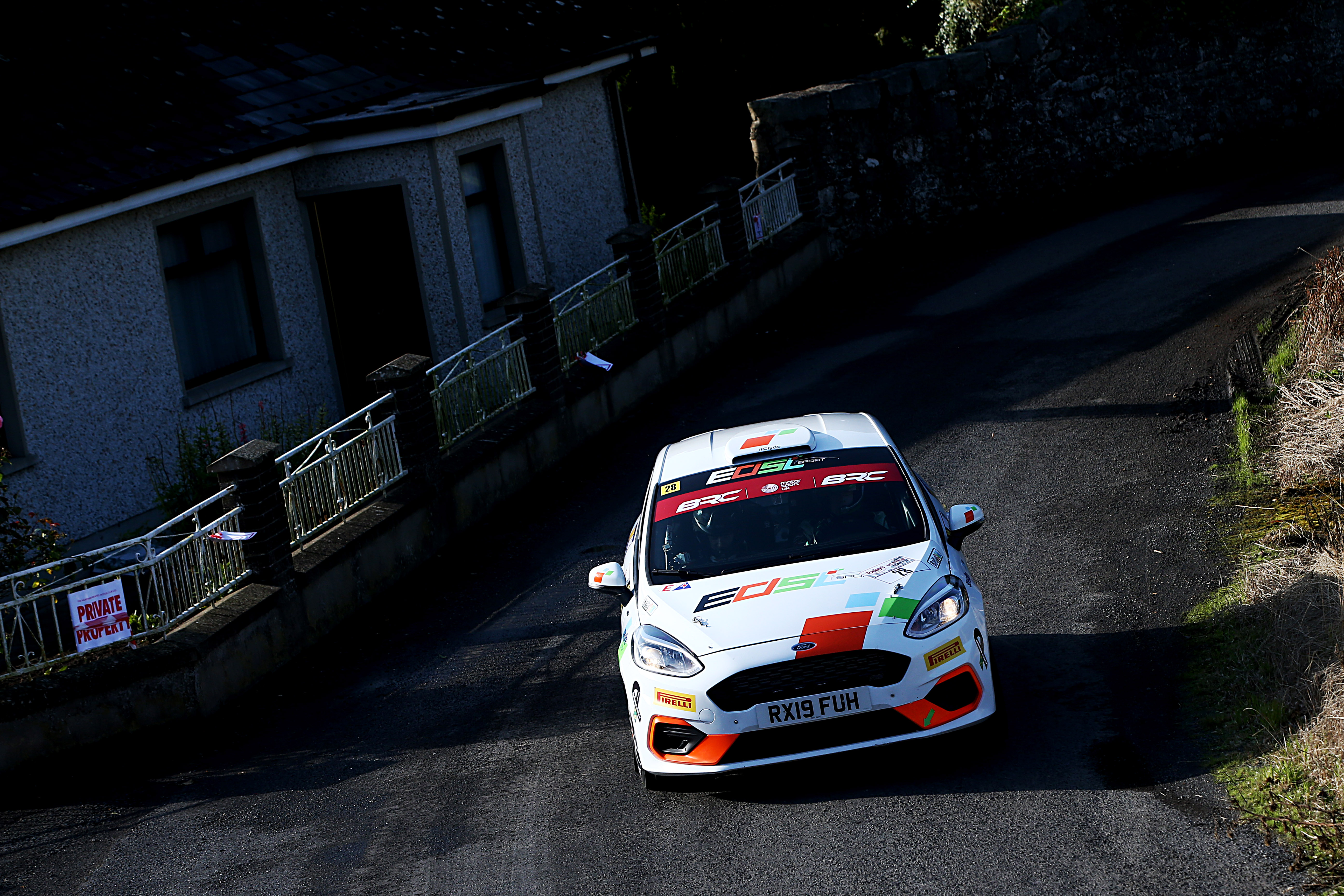 Williams and co-driver Dai Roberts led the Junior British Rally Championship category for much of Saturday afternoon before a boost issue in their new M-Sport Fiesta R2T Mk8 meant they dropped to second in the final throws of the event. Flynn, with Peredur Wyn Davies alongside overcame an early off in the Fiesta R2, to scoop the Cadet Cup win on Flynn’s maiden asphalt event.

Once again returning an impressive performance in the new Fiesta, Irishman Marty Gallagher and Dean O’Sullivan showed no sign on needing to reacquaint themselves with the 1.0Litre EcoBoost machine, running just behind Williams in third for much of the morning loop, before injector failure forced him out of the event, bringing their ever-improving pace to a premature end.

The Northern Irish event would play host to the penultimate round of the Junior British Rally Championship and official M-Sport re-sellers EDSL Sport would field a three-car squad for the trip across the Irish Sea.

Three stages repeated three times made up the 93 miles of action across the tricky and narrow roads around Newry. With damp conditions kicking off the day, many of the top crews would suffer visits to the scenery but the JBRC contenders would stay largely out of trouble and lock themselves into a battle for the lead from the very first test.

Gallagher would be eager to put his Ypres Rally retirement in the Fiesta behind him and scoop a positive result on home soil, but a last minute engine change on the lead up to the event meant that he would miss out on a pre-event test that would be vital to finding a comfortable set up with the car.

Nevertheless, Gallagher returned a mature drive over the opening loop and with the tricky conditions catching out many of the leading crews, he would finish the first leg in third sport and just a shade behind team-mate Williams.

“Given that the first time we got to drive the car was on the way to the first stage, we had a good run through the opening loop” said Gallagher.

“We made some quick adjustments to the set up before stages two and three and it made it better still”.

Sadly, Gallagher’s performance would come to an end as he was forced into retirement on the fifth test with injector issues.

“We were up on our time over the second pass of the stage when the car just lost all throttle response”  he said “ and it’s a shame because when it’s all hooked up the car is amazing to drive. We are disappointed for all the team who worked so hard to get us there. We are looking forward to the Galloway [Hills Rally] and to try the car on gravel now. Onwards and upwards”. 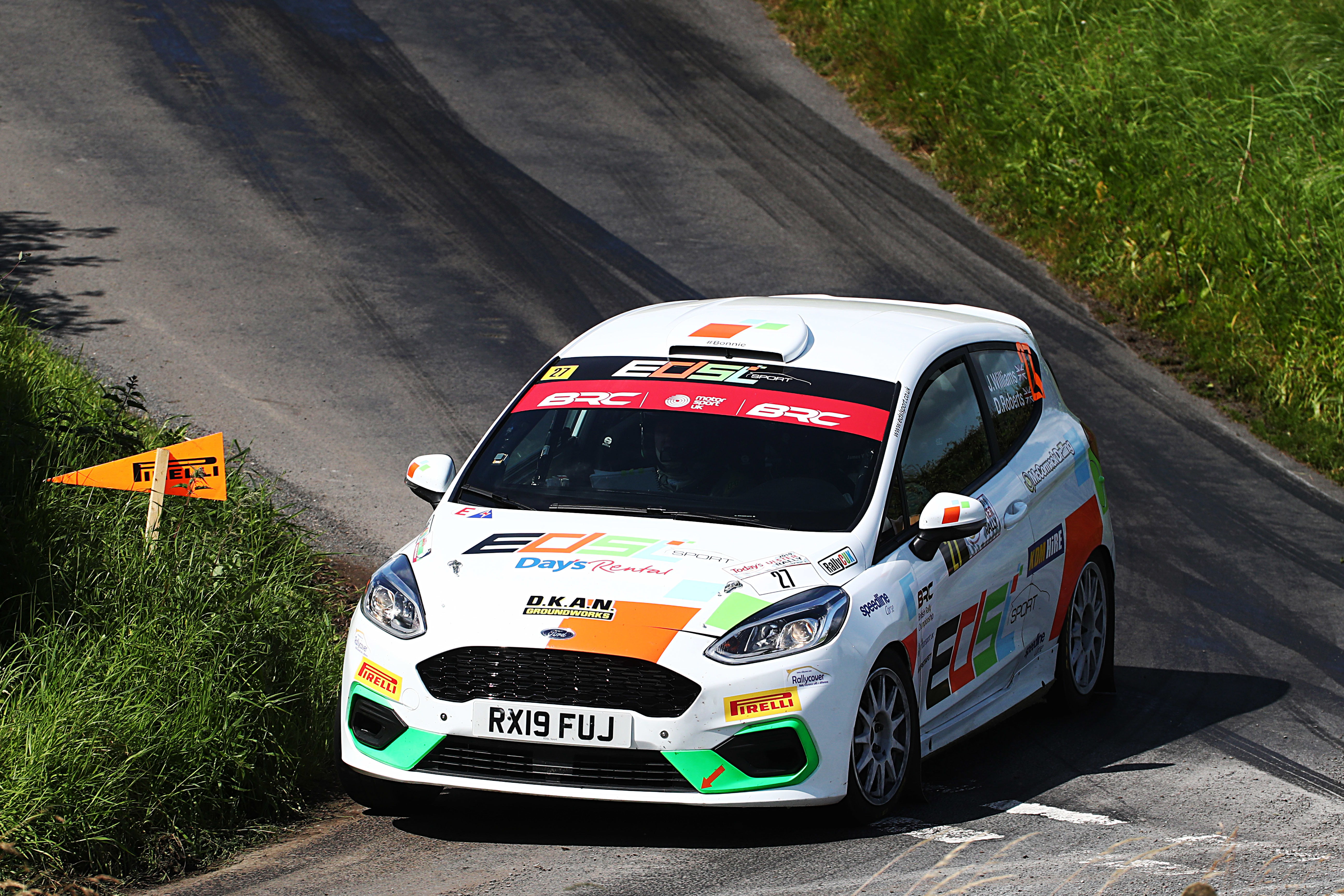 Williams led the JBRC before dropping back to second
Image credit: Jakob Ebrey Photography – Click to download high res version –
Williams was arguably the top tip for the JBRC win thanks to his domination of the category last time out in Belgium. Flynn would be the newcomer, only ever contesting two events in his career after a switch from karting and looking to take Cadet Cup honours on his maiden closed-road outing.

After the opening loop, Williams was just 10 seconds shy of the leader in second and Gallagher just in third, repeating their Ypres Rally feat of an EDSL Sport one-two. A drying second loop played perfectly into the hand of the Fiesta pilots and some 25 miles later, Williams had turned that deficit into a seven-second advantage with three stages remaining.

The M-Sport Fiesta crews would be vying for the chance to scoop a 60,000 Euro prize fund towards a season in the Junior World Rally Championship in 2020, offered by M-Sport Poland and Pirelli. Williams would have one eye on the Fiesta scoreboard, but the Welshman was hungry for more and wanted to grab a second JBRC win in a row.

But on the seventh test, three from home the Fiesta developed a boost issue and Williams would haemorrhage time, dropping to second over the 9-mile McGaffins Corner stage. Luckily such was his advantage over third he was able to nurse the under-powered Fiesta back to the podium and take second spot but maximum Fiesta points.

“We gave everything for a win today and we definitely had the pace to do it,” said Williams.

“Just on that second to last stage we lost all boost and from then on it was a struggle so I`m really gutted. Last year I would have taken a second, but this year we have the pace to win. It’s really wrenching. But we clicked with this car so well, our pace on the middle loop was unrivalled so I`m happy with that, just wanted to get the win today”.

Flynn would endure the biggest challenge of his short career in the Ulster lanes, having never competed on asphalt before, let alone one of the toughest closed road events in the calendar. But a mature drive by the 17-year-old saw him take maximum Cadet Cup points and ensure he would be well on the way to a maiden category win.

“Our sole aim was to make it to the end of the rally, so we never really pushed to the limit today,” he said. “I learnt so much, I certainly want to come back for another event in the British Championship”.

Team Principle Alex Waterman was pleased with the result but still feels there is more to come from the squad.

“Of course, it was great to have James [Williams] and Rupert [Flynn] on the podium with the champagne today but Marty [Gallagher] really should have been there too and I`m very disappointed that he wasn’t,” he says.

“He really deserved a good result today and he could well have been fighting James for the lead. I truly believe the Fiesta is the best car for the series and the potential is certainly there. I must say well done to Rupert for his result too, a very sensible drive with one eye on the future too.”

Thanks to Williams’ maximum points score in the Fiesta category, he now heads into the final round as leader with a slender two-point margin in the standings. 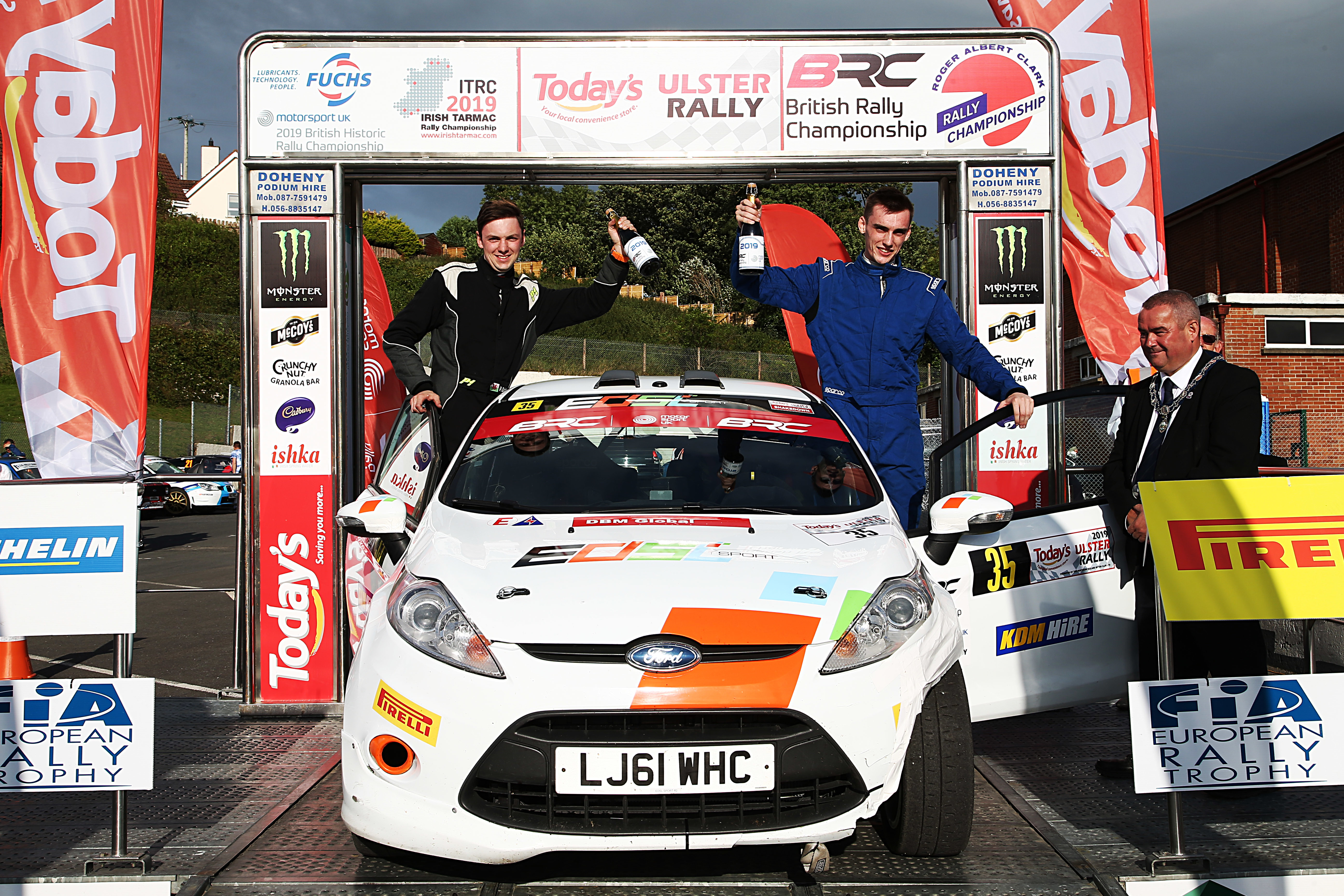 The Armstrong Galloway Hills Rally takes crews back onto gravel on the 14thSeptember as the forests of Dalbeattie and the South West of Scotland hosts the final round of the season. 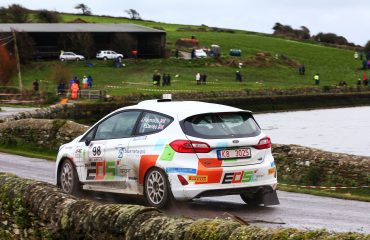 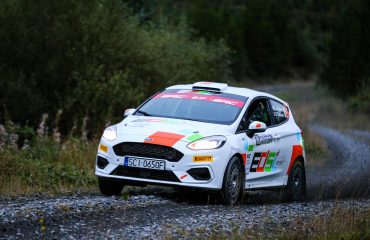